Hello everyone, I know that we are very privileged that we live in Walnut Grove and this is why I think it’s important that as GNN we report on local community issues. The current floods in Abbotsford have been devastating, I can vividly imagine how my life would’ve been affected if my house was in the flood zone. I would like to call on everyone to reflect, empathize, and possibly help out the affected. Whether that be via donation, volunteering, or simply resharing information. The following sections were written by the GNN staff. Each section has a unique perspective about the flooding. I will attach links at the bottom of the article to donate to causes helping out with the rebuilding of Abbotsford.

But first, let us take a look at the timeline that has got us here:

On Friday, November 12th a weather alert was received, warning of high winds and heavy rain.

As expected, a torrential downpour started falling across the province on the morning of the 13th. This downpour dumped nearly a month’s worth of rain on some communities over the next 48 hours and broke dozens of all-time rain records.

Non-stop rain continues to fall and doesn’t clear up until just afternoon. As the rain resolves, visible damage from the rain could be seen. Reportings of closures crashes and closings start rolling in. Not long after 1 p.m, DriveBC tells travellers to “avoid any unnecessary travel”.

Steep hillsides weakened from the massive heat during the summer and the rain, simply give up during the course of the afternoon pushing vehicles off the road. Trapping vehicles and people on nearly every highway throughout southern BC.

By the evening, Abbotsford is under a state of emergency as the water reaches people’s homes.

Wind and rain continue into Monday for Langley; however, for the rest of BC, the damage could be visibly seen as the first rays of sunlight hit. Entire farmlands of the Fraser Valley are submerged in toxic floodwater and to the east, the Coldwater, Tulameen and Similkameen rivers are flooded and water is drowning its banks.

BC had been turned upside down in the last 48 hours, with floods, evacuations and landslides. However, under the debris of a landslide that blocks Highway 99 a woman’s body is found. The first confirmed death was due to the rainstorm.

Rescue efforts are set in motion for people stranded in areas in Abbotsford surrounded by water. The damage to Abbotsford is huge with livestock drowned in the flood and homes ruined due to mud.

Throughout the course of the week Canadian Armed Forces, come to help with disaster relief and the outskirts of the towns which have not been affected pitch in to help. Officials state that the cleanup and repairs to what could be saved will take months.

A few weeks ago, severe rainfall ravaged many parts of Southern B.C. The flood has made a gigantic impact on the economy. The flood blocked the highway, stopping all access to multiple communities, and forced many residents to evacuate amid flooding. The flood has led to declarations of states of emergency that have overwhelmed communities and the residents that live across British Columbia. Currently, residents are continuing to evacuate until the danger has passed. When British Colombians begin returning home to assess the damage, economic opportunities for business owners and employees within the community are greatly diminished. One of the biggest business trends of 2021 is home-based businesses. Due to the flood, their homes may have been severely damaged or even destroyed during our disaster.

A tenth of the cattle in the flooded area has sadly been lost. With farmland devastated as well. We can very well see a surge in food prices for the foreseeable future.

Due to their crops and farmland being destroyed by the flooding, and cattle and other animals dying due to being left behind during evacuations, Abbotsford has lost billions in revenue. Approximately 420 acres of unharvested crops have been destroyed. Some farm buildings that are destroyed beyond repair will have to be rebuilt; many crops need to be regrown.

The weather this Autumn has not been kind to BC’s environment or citizens. The rain has led to many floods, which have left people in fear for their family and friends. Many people have been trapped between mudslides while driving on the highway with no way of getting out safely. This has separated many families from each other. There is also no way for people who live in northern British Columbia to get to the Lower Mainland to reach their jobs or visit family. With the roads blocked off, many families who live in Northern BC, will not be able to visit their relatives for Christmas as the roads will not be repaired until at least January. In this situation in BC, it’s very fortunate that people have access to social media and different ways to connect to their families to check up on them and know they are safe.

In the aftermath of the flooding, Prime Minister Justin Trudeau has visited the area and expressed his condolences. John Horgan has tweeted that the floods show the devastating impacts of climate change. In the past, Canada has been criticized for its unpreparedness with floods. A lack of a centralized emergency response committee is cited as the main problem. Currently, there are multiple emergency response teams in charge of different aspects of flood response such as aid relief, electricity, and water. Recommendations have included that there should be provincial directories that are constantly well-funded and in communication with the federal government.

While the flooding devastates livelihoods, we should look towards providing more relief through donations. Creating long-lasting and effective response institutions, and lastly, reducing the number of separate agencies.

The recent flooding has had devastating impacts on the local agriculture and farmers. Acres of land have been ruined, thousands of animals have died or are stranded, and crops destroyed. Our once prime farming industry has become an agricultural disaster. But what are the long term effects? How will the farmers afford to practically restart their lives? Our local farmers have lost their livelihoods and their homes. Majority of farmers have been unable to return to their farms and those that have are returning to massive destruction. These farmers must recover, rebuild, and repopulate after this flooding recedes. They will be facing many problems like clearing the sediment and debris, nutrient management, as well as erosion, crop, and soil repair. On top of all the unharvested crops and animals lost, many expensive technologies have also been lost to the water. Hundreds of thousands of dollars worth of damage has been done, our farmers are faced with the impossible challenge of rebuilding their lives from nothing. If you are interested in helping out our local farmers The B.C. The Agriculture Council is accepting donations to help out farmers in need.

Effects on our Gators

One of our staff members, Mr. Radford had his trip ruined due to the storm. He was stranded in the interior of BC and was unable to make it back until Friday, November 19th! He states that there were tons of water falling off cliffs. In response, he drove 11 hours through the states to get back home! He wants to say to the people who are less fortunate than it’s a terrible situation and that they stay safe and hopes the roads get fixed as soon as possible

What Canada can do

In the future, to prevent the devastating effects of floods, we should improve the public alerting system as it was criticized for not warning residents early enough of the coming rainfall. Public Safety Minister Bill Blair said “We can be forward-leaning and change the way we prepare for these events,” there is unanimity that more needs to be done. Many believe that extreme rainfalls are tied to climate change, and it is no longer an issue of the future. Taking action on the climate plan Liberals is critical as Canada’s emissions had increased since 2016. However, Canada’s emissions are projected to be 36% lower in 2030. Other ideas include ending subsidies for the oil and gas industry as it only promotes the use of them. Steven Guilbeault, the Minister of Environment and Climate Change of Canada, said public consultations on the oil-and-gas emissions cap, zero-emissions vehicle mandate will start in early 2022. Meaning car dealerships must sell an increasing number of zero-emission passenger vehicles and ensure the country’s electricity grids run on emissions-free power by 2035.

Links to Help Out Abbotsford:

Hey there! My name is Parker Zhang and I'm the GNN Editor In-Chief! I am also involved in a bunch of other community and school initiatives including Student Council, Power in You(th), Debate Club, Model UN, and Fraser Youth Parliament. Basically, I'm all over the place! 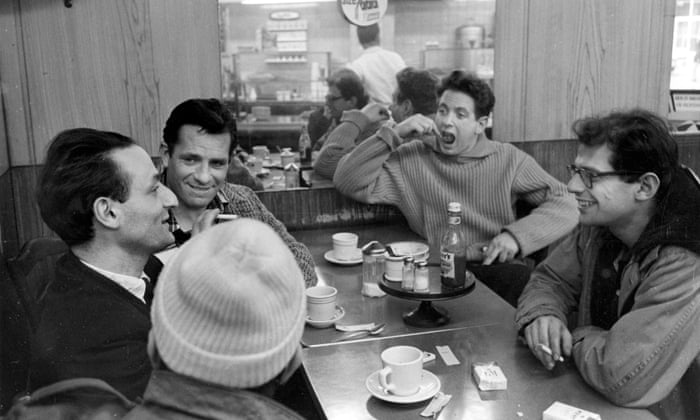 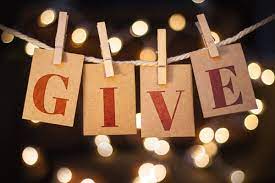