Frozen 1 was released 6 years ago and finally the long-awaited movie Frozen 2 has set free! Since its release, the animated sequel to Disney’s biggest animated feature has taken over $700 million worldwide! Although many of you guys who watched it has personal preferences, I am here to share my own thoughts on this movie—so please stick around to find out!

In 2014, I remember being extremely excited to watch Frozen. Once I did watch it, it was marvellous—until every single person, I knew constantly sang “Let it go” over and over again to the extent where I did not want to hear it anymore. The fact that Disney was going to release Frozen 2, was not surprising and I was not expecting much from it. Once I finally watched Frozen 2, it was honestly worse than the original and I must say the plot was a convoluted mess. Although music, graphics, animation, etc were all high in quality, the story itself was not appealing. The prominent reason why the story was unappealing was because of the cliche plot and the fact that every scene was so predictable. Being able to predict each scene means there is no thrill or curiosity that draws the audience’s attention.

“There were many moments I found myself smiling or laughing or just immersed in the action, but few where I found myself surprised or relieved or really drawn into the conflict.” entire movie,  Kristoff tries to propose to Anna, and this tired me out because Anna never paid attention and he always lost the words to say it. This is a considerably common scene that you would see in any movie or animation in the past. Not to mention, Kristoff’s horribly cringy music video scene got on my nerves—although the song itself would sound good in a soundtrack, watching Kristoff singing his story did not hit any climax in my emotion; therefore, the movie was boring from the start.

Despite these negative aspects of Frozen 2, I would say the music was well written and beautifully sung, not to mention Idina Menzel’s stunning voice. If I had to point out a pro from this movie, I would say the sisterly bond between Anna and Elsa was absolutely inspiring. Overall, the movie was beautifully animated and the music was gorgeous, but the story felt utterly unearned and unsatisfactory. 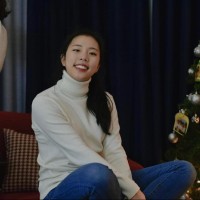 1917: A Technical Stunner That Delivers With Great Storytelling