From faint whispers in the halls to face-to-face name-calling, bullying is an unfortunate part of our reality. The organization GLSEN has provided us the tools to challenge bullying and name-calling in our community. This past week, we celebrated kindness by putting it into action! In the past, WGSS has used Pink-Shirt day and Bullying-Victim Testimonials to combat bullying, but this year we tried something completely new: “No-Name Calling Week.”

“I believe it’s a step in the right direction when we talk about things such as bullying as a school. If we don’t talk about it, how will it get better?”

On the Friday of Kindness Week, our principal announced that people had vandalized the banner that the GLSEN and the Computer Department worked to create. However, while there were students that did not acknowledge the gravity behind this week, many students did. In fact, Mr. Kozlovic even stated that the group of people that did not take this week seriously, only represented a small portion of WGSS. Thankfully, most students understood the importance of the week.

“There are people who have the guts to go out of their way to hurt others every day. They probably couldn’t care less about No-Name Calling Week.”

We all received those round stickers with “No-Name Calling Week” printed on them, but in all honesty, did we really take it into consideration? What people do not realize is that commonly, name-calling occurs between friends. Oftentimes, those words (even in jest) affect the person that is targeted. This week was not called “No-Name Calling to People You Do Not Like,” but merely “No-Name Calling Week.” This means to say that friends should be kind to their friends as well. The purpose of this week is to not only raise awareness about name-calling and bullying, but also to spread kindness.

“When friends do snap talk etc. they think that it’s okay because it’s only between them. I think that the whole idea of this week is to just be aware of the words that we say, because we never really understand things from other people’s perspectives.”

The No-Name Calling Week was created by the organization GLSEN. It stands for “Gay, Lesbian, Straight Education Network,” and as we know, bullying is often directed at LGBTQ+ students. The idea of this week was motivated by the belief that a better world is possible. The whole concept of bullying and the reason why it is still an ongoing problem is because some people do not take the perspective of others into consideration.

WGSS succeeded in its goal this week to put ourselves in others’ shoes and be nice in order to minimize, if not eliminate bullying. That is why kindness is so important! Step by step, we can better our community through kindness. 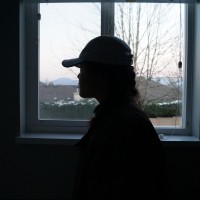 The senior years are most crucial years of your adventure through