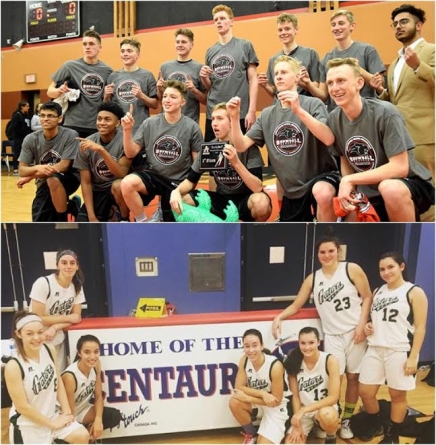 Both of Walnut Grove’s senior basketball teams have proved why WGSS is known for its basketball. The senior boys are ranked #1 in the AAAA division; while the senior girls make it into the top ten in the province at seventh place in the Triple A division (rankings as of January 4 2017). Both teams have had close games and success in tournaments this past weekend, and if you did not get a chance to come out and support Gator Nation here’s a recap:

The senior boys finished on top this weekend as they became the first Canadian team to win the annual Snowball tournament in over five years. The tournament was held at Abbotsford Senior Secondary School and hosts teams from all over, including from Los Angeles! The boys won the tournament after a nail-biting final game against rival team Kelowna filled with clutch shooting and great defense while playing in front of a packed crowd. The end score was 90-84 after an intense four periods that left Walnut Grove with its first ever victory at the tournament. With the games these boys are playing, its no wonder why they are considered a favorite to win Provincials.

Tournament MVP: Ty Rowell (this was his third MVP of the year!)

The senior girls basketball team also had a successful weekend at the Centennial Top Ten tournament held in Coquitlam. Only the province’s best teams were invited to the tournament, and because they are a young senior team of only grade 10’s and 11’s it was a great opportunity to play the province’s best . After a tough loss to Abby Senior in their first game, the team had no way of coming back due to the layout of the tournament. However, the girls didn’t give up and won their next three games . The senior girls ended the tournament 9th out of sixteen teams after winning a close game against Carson Graham 67-61.