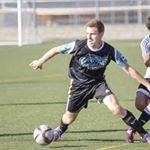 This season, Walnut Grove’s senior boys soccer team is ready to go the farthest they’ve ever gone before. With new and experienced players, dedicated coaches Mr. Favaro, Mr. Johnston, and Mr. McEachern and also a #2 seed heading into Fraser Valley’s, the team’s on the right track for making it into Provincials.

With 3 wins under their belt and 2 losses, the team ended their regular season with a winning record and did something that WGSS’s soccer teams haven’t done in a while: qualify for Fraser Valleys!

“My pregame meal is McDonald’s and Asakusa.”

It is instead the boys’ chemistry between one another that has gotten them this far, along with their skill and coaching. While they might not seem like the typical Championship team, its their bonding and determination that really shines through when they’re on the field.

“My favourite part about playing is spending time with the boys”

With a great attitude, amazing coaches, lots of skill, and special team bonding, its no wonder why this year’s senior boys soccer team could go all the way.

” Every game we go in with the mindset of Shoot, Score, Win, but also Everybody love Everybody”