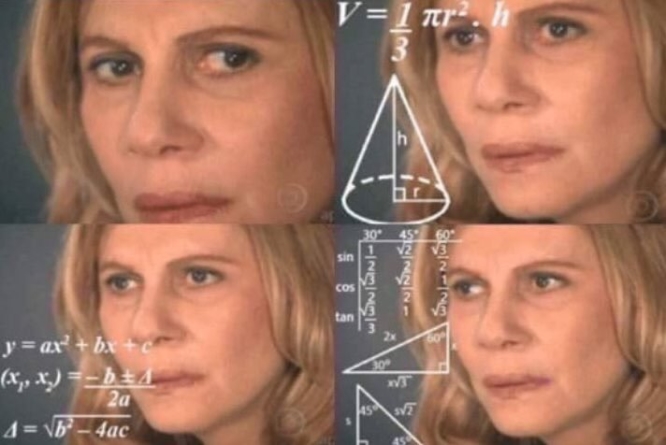 There is one thing our generation will never get sick of: memes. Memes have evolved in many different forms as society’s humor begins to change. Social media users always seem to come up with new ideas that have never failed to entertain and have been doing so for many years. However, below are some of the most popular memes and text posts of 2017. Try to see if you can recognize them all!

1. Spongebob: A show loved by everyone and a big part of our childhood, has somehow managed to make its way into memes. One of the most well-known is caveman Spongebob. 2. Arthur: Another well-known show that we all remembered from our childhood. As a child, we never really paid attention to how unrealistic some aspects of this show were, and looking back, the meme community saw the chance and took it. 3. “Distracted boyfriend“: Stock photos and Getty images have recently become viral because they display weird and often dark scenarios. The ones below are the most trending this year. 4. Kermit the Frog: Kermit is by far one of the most trending memes, as well as other frog characters such as “Here come dat boi” and Pepe. 2017 is known for its many frog memes. 5. “Roll Safe” meme: The man in this photo is known as a comedian named “Roll Safe”, however, the meme community only knows him as “the guy pointing at his forehead”. 6. “Salt Bae” and “How Italians…” memes: Salt Bae has earned his name by the way in which he seasons his meat. As a result, many memes on how Italians do things were created. 7. “He protec, he attac“: We have no idea how this meme suddenly came to be, but all there is to say is that it’s brilliant. 8. “Bone app the teeth:” This is also another random meme that has suddenly made its way to popularity, with social media users making variations and have fun with words. 9. “Delete your account“: These kinds of memes are commonly shared among social media users, although it may sound harsh, it really isn’t. 10. “You vs the guy she tells you not to worry about“: Many have had fun with this trend, making odd yet somehow relatable comparisons. These are just some of the many trending memes of 2017. There are an endless amount memes, the most common form known as “textposts”, originating mostly from Twitter. Most memes can best be described as a “visual joke.” Adults and young people alike often use memes to relieve stress or to find other individuals that relate to their own experiences. What else will there be in store for the meme community in 2018?